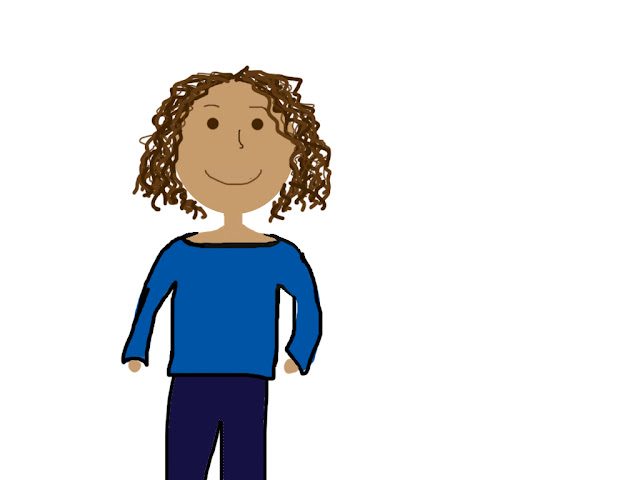 well she has always told me that i'm not allowed to ride a bike in the city because she loves me too much to allow it. (i know! she's really good with the guilt!) nevertheless, i am stressed: 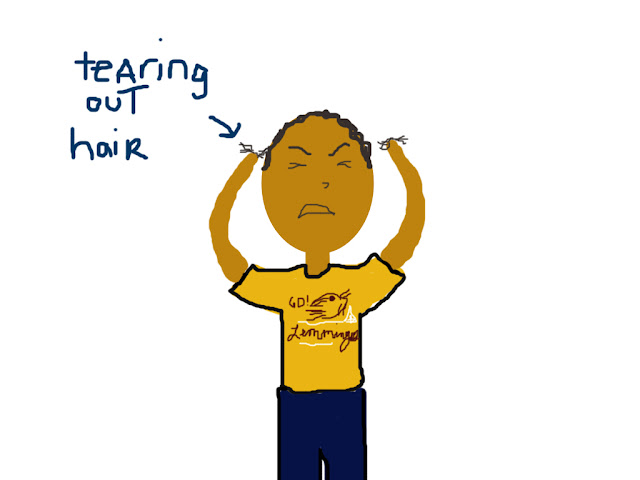 i don't ever exercise: 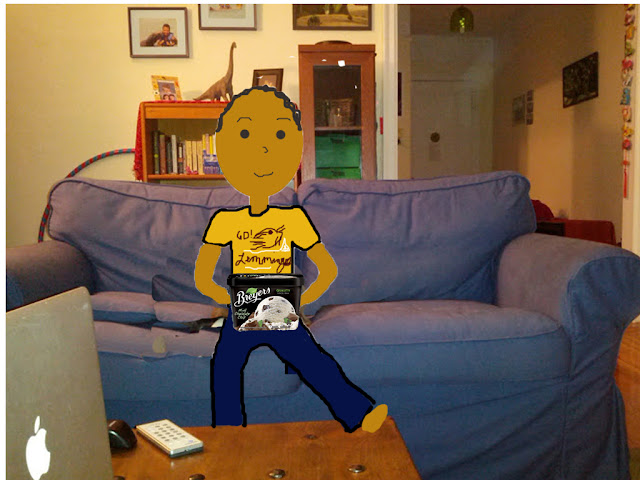 and i hate riding the subway: 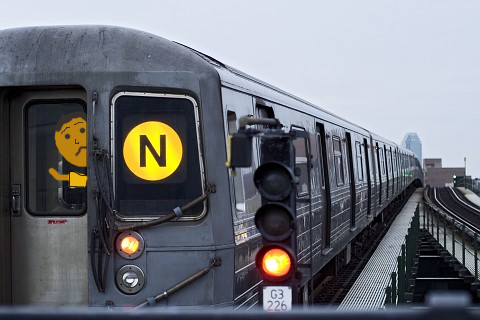 so, when a good friend  of mine got a bike for his birthday and decided to start riding into work, i decided to join him. i don't have a bike (because see above) so i borrowed c.b.'s, which is this vintage red schwinn he got brooklyned* into buying: 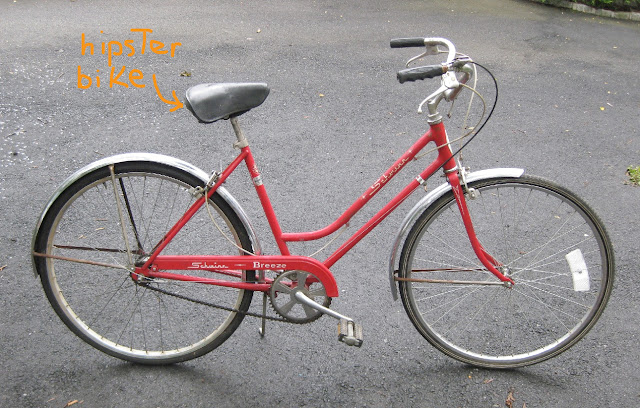 but, you know, it's shiny, so it' was perfect for me and my maiden voyage: 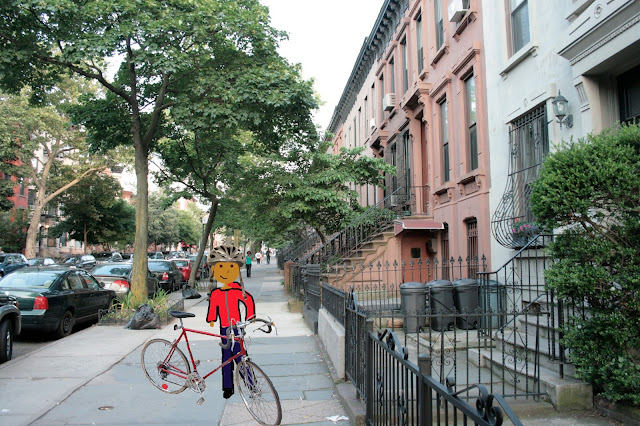 on the day in question, i got up at the butt crack of dawn, and gave it a go. it was all going great until the queensboro bridge: 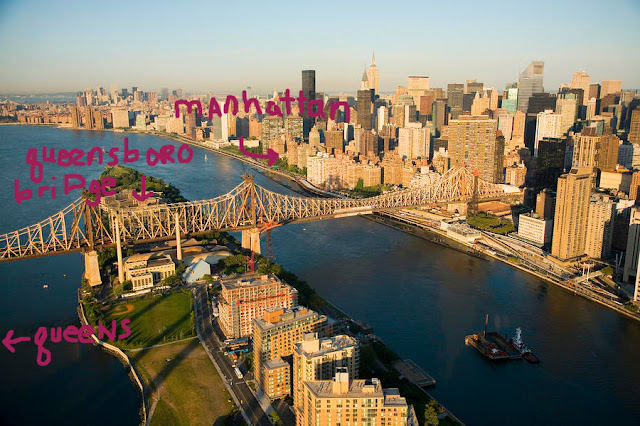 which is only a mile from my house. turns out old bikes have old parts, and it wouldn't stay in the lower gears. i struggled and fell further and further behind: 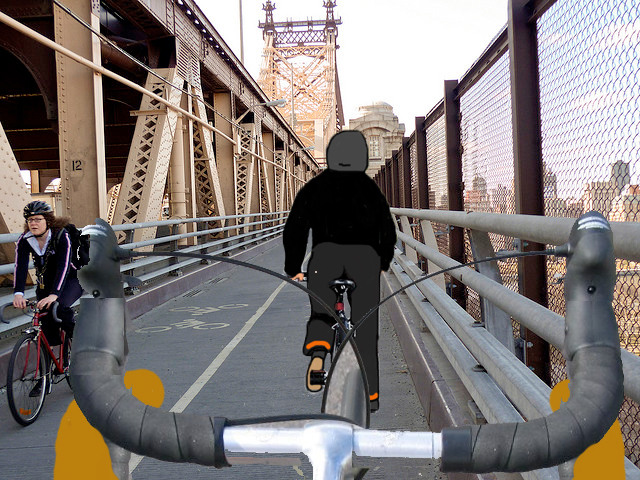 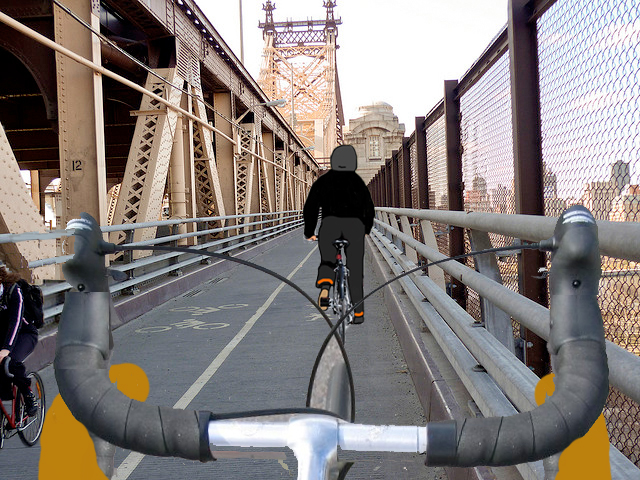 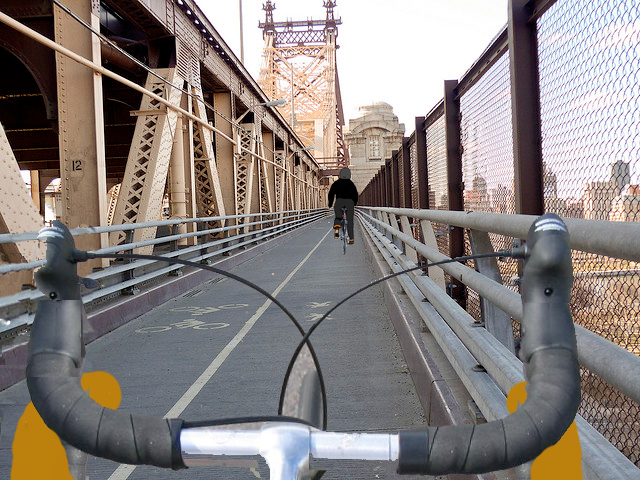 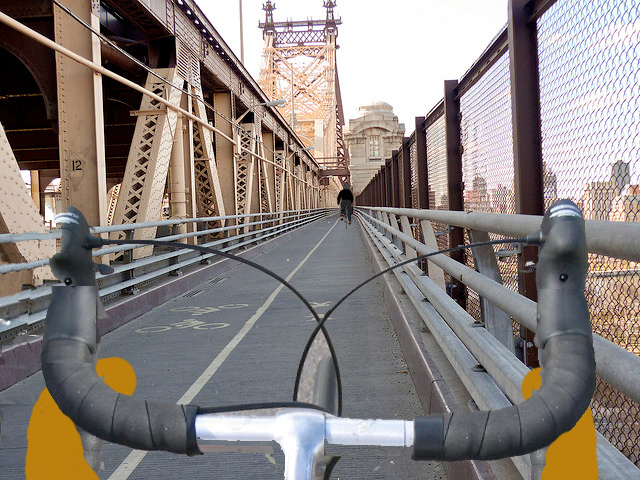 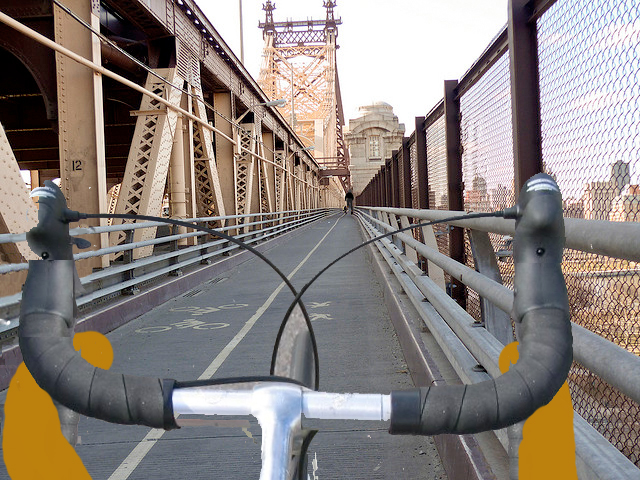 obviously this is NOT as awesome as the days with +evan and courtney and helen hocker theater and ice pops. apparently, i'm much weaker now.

eventually, i had to get off and walk. it was pathetic. so, i borrowed another bike in the hopes that it would be better. unfortunately, it's also a bajillion years old, and though it is better, it is still doing the gear shifting thing. maybe this means i wasn't meant to exercise?

*brooklyned: verb. past participle. definition: suckered into by means of hipster trickery.
Posted by Erin Elan at 7:14 AM