for our anniversary c.b. got me an awesome ice cream maker that i love more than life: 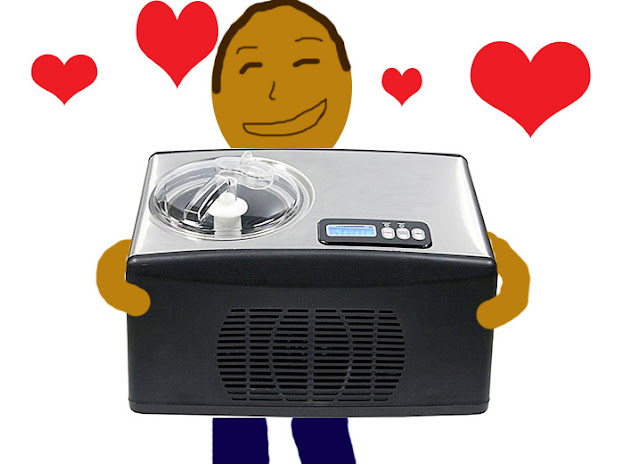 the ice cream comes out so awesome that i decided i was going to make candied bacon ice cream for our friends who were coming over for dinner because they had wanted to try some. you probably know (if you aren't in denial about it) that i don't eat pork: 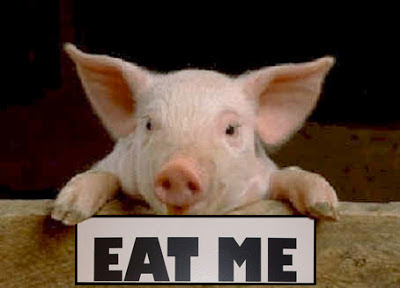 but i happened to have some in the apartment for a boring reason that doesn't really matter. so, i decided to go for it. i made the bacon: 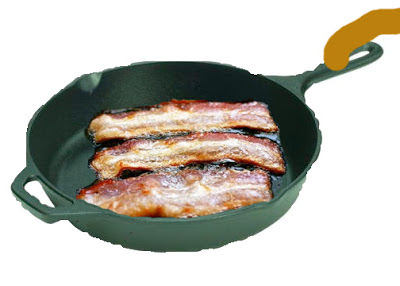 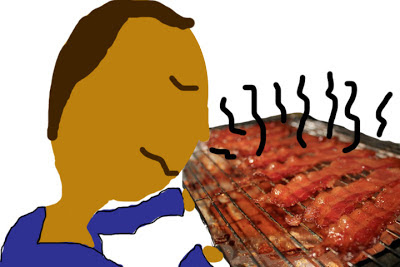 and it was ready to go. real perfection. but the bacon wasn't quite as crispy as i would've liked, so i decided to put it under the broiler for a few seconds just to finish it off. i stuck it in the oven and...

totally forgot about it. when i pulled it out three minutes later, it was burnt to a crisp and completely unusable: 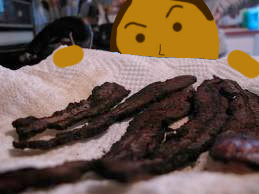 and i was infuriated. no, seriously, i was the most upset i'd ever been. c.b. offered to go get more bacon, but i was NOT HAVING IT. finally, as i was stomping about the apartment being the angriest person on the face of the planet, c.b. just slipped out and got me some beef bacon (i have to say, i'm super lucky to have that guy), which he happened to find at a tucked away store we'd never noticed before. 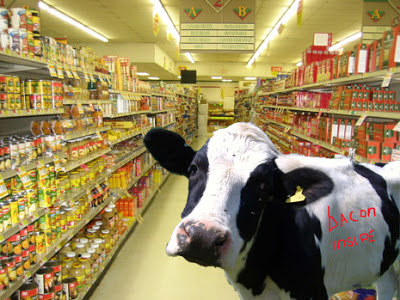 also, while he was away, i remembered that i hadn't eaten for many an hour, and maybe that was contributing to my fury just a teensy bit. so i had a little nosh and felt MUCH better.

to sum up, it obviously wasn't meant to be with the pork. i mean, if HaShem had wanted me to have pig-based bacon in my ice cream, then HE wouldn't have made me burn the bacon. divine intervention. case closed.
Posted by Erin Elan at 7:10 PM